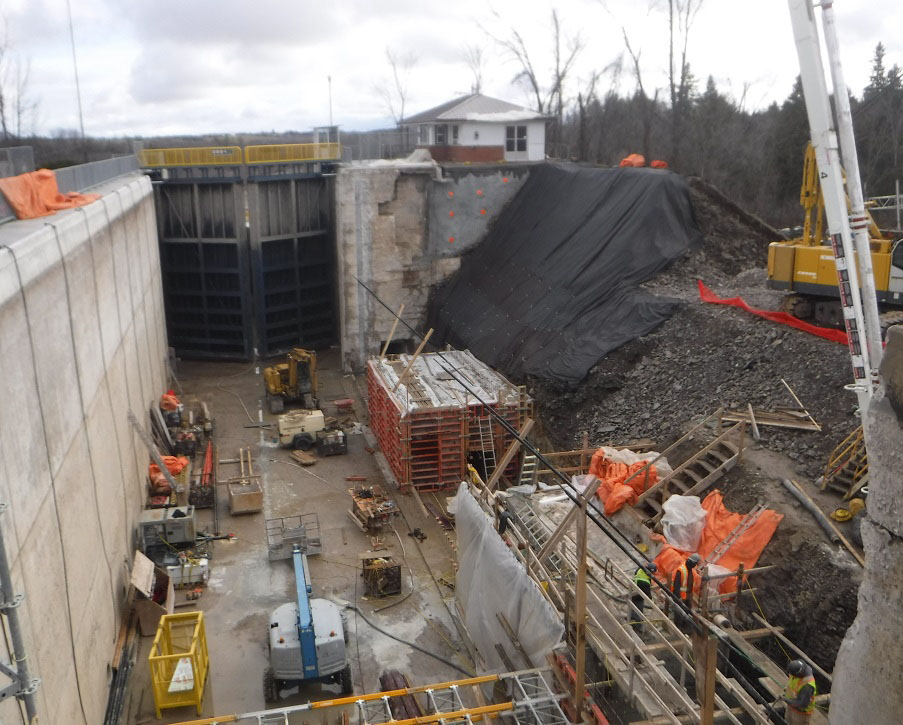 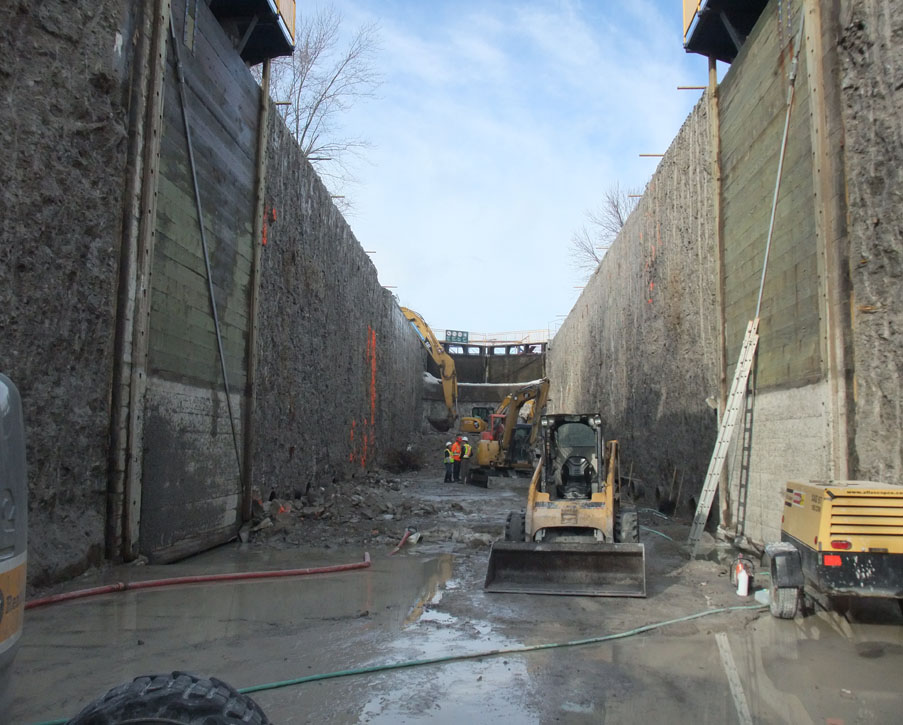 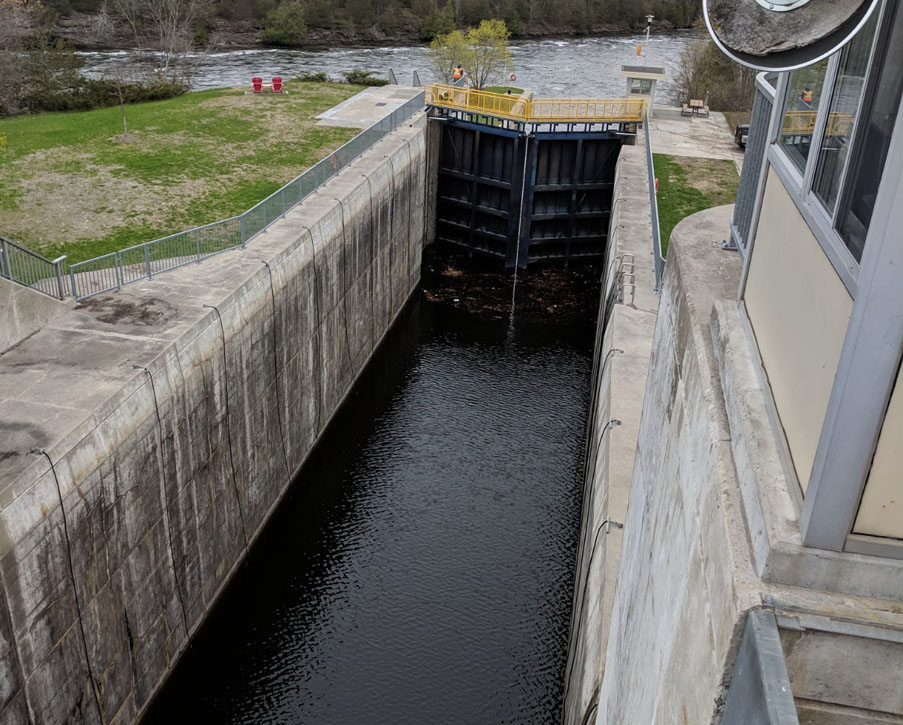 The Healey Falls Lock Replacement Project is located 1 hour North of Toronto Ontario in the Trent Severn Waterway. The contract included the removal and replacement of the 100 year old historic Lock #17 with a total concrete volume of 3300 m3, as well as Concrete Approach Wall resurfacing of 200m3. Because the Lock system on the Trent Severn Waterway serves as a vital transportation link during the summer months, all work on the contract had to take place between October and May.

With the extreme cold temperatures and the large concrete mass pours, Facca had to design unique concrete mix designs and curing techniques to ensure that concrete core temperatures did not get too high, while ensuring surface temperatures were kept from freezing. In addition, the contract completion date was set as a firm date and no Extension of Times would be accepted. If the Lock was not open by mid-May, all transportation in the Trent Severn Waterway past the Lock would be severed. The economic and social impacts of this happening would be immeasurable, and liquidated damages would be measured as a cost to the Federal Government. After demolition, the underground bedrock conditions were much different than those assumed on the contract drawings. This caused for a 1 month delay on the critical path, time which would have to be made up during the coldest months of the season. Working with the Owner, Facca was able to coordinate a successful acceleration plan and approach to deliver the project on time and on budget. Facca’s unique access to an internal design team, large equipment fleet, and experts in their respective fields allowed for a quick solution to a major problem. In addition, Facca was able to complete 40 m3 of concrete refacing and rehabilitation as an extra to the contract. Full lock replacements are very rare and were a new frontier for Facca. Although a new type of work, we were able to use the same principles of proper planning and innovation to meet the Owners needs.

We’ve adapted our construction techniques to meet the needs of the Client, specifically their strict requirements relating to concrete finishing and aesthetics of the final product. Curing periods, stripping and sack rubbing timelines have been adapted to ensure proper finishing according to CSA requirements.